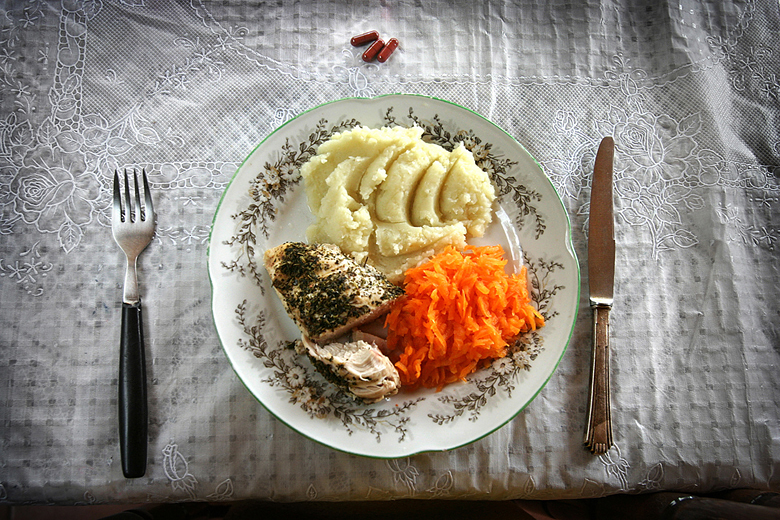 The twins - Ania and Michał - are both 8-years-old and their elder brother Marcin is ten.

The children's biological mother died of AIDS when Ania and Michał were four and Marcin was 6-years-old.
Michał was born healthy. Ania and Marcin were not that lucky. They were born with the virus.

Mr and Mrs Gołębiewscy learned about the orphans thanks to the tv appeal of the actress Anna Dymna. They had never planned being a foster family. Before they decided to see the children for the first time, they had spent long hours talking about the consequences of a potential adoption. The first visit at hospital dispelled their doubts.

At first, the children addressed their new parents by saying to them Mrs Mother, Mr Father. They overcame their modesty during the first Christmas spent together. Then came a difficult time. Backlog at school, bringing-up problems, and struggling with institutions, which not always could help in solving the family's problems. Still, they created a family together. They have been one for four years now.